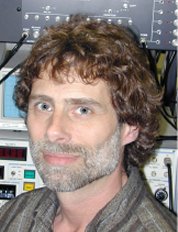 The primary research goal of our laboratory is to understand the cellular and molecular mechanisms that regulate neuronal excitability and the efficacy of synaptic transmission. Our experimental approach uses primary neuronal culture, brain slices, and patch-clamp electrophysiology, in combination with molecular biology and histological techniques, to examine modulation of a wide variety of ion channels, neurotransmitter receptors, and synaptic circuits. We recently explored the roles of kainate and AMPA receptors in modulating excitatory and/or inhibitory circuits in the olfactory bulb (OB), the site of the first synaptic relay in the olfactory system. Currently, we are characterizing the cellular identity and membrane properties of dopaminergic neurons in the OB and determining how these properties influence the processing of odor information. Another project involves determining the cellular and molecular bases of circadian rhythms in the OB, including how electrical synapses formed by gap junctions and the rhythmic expression of monoamine neurotransmitters (e.g., dopamine, norepinephrine, serotonin, and melatonin) contribute to the rhythmic regulation of olfactory synaptic circuits. We have also been investigating the role of synaptically released zinc as a neuromodulator, including zinc’s functions in circuits of the OB, hippocampus, and hypothalamus.

Glia, which include astrocytes, are the brain’s most abundant cell type. Although increasing evidence suggests that glial cells also play an active role in synaptic transmission via the release of various gliotransmitters (e.g., glutamate, D-serine, glycine, ATP), the underlying mechanisms are unclear. Another recent goal of my research is to characterize the type and quantities of gliotransmitters secreted from astrocytes involved in gliotransmission. This experimental approach involves the development of a microfluidic platform that can house cultured astrocytes to enable real-time measurements of gliotransmitters and intracellular calcium released in response to various stimuli (e.g., K+, ATP, or glutamate receptor agonists). As dopamine and gliotransmission have both been implicated in drugs of abuse, our long-term plan is to co-culture astrocytes with dopaminergic neurons, so we can extend the study of drug effects on gliotransmission to downstream effects on dopaminergic neuron activation and secretion. Data from these studies may shed light on treatments for addiction.