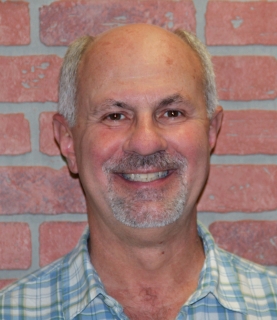 My research revolves around understanding how ecological processes drive evolutionary ones and, sometimes, vice-versa. My research is focused on how and why features of animals and plants vary from one population to another.  When this variation has a genetic basis, it represents the earliest stage in the adaptive generation of biodiversity.  This variation can also generate differences in local ecological processes, thereby creating correlated differences among locations in evolutionary trajectories and ecological relationships.

I am particularly interested in the process of density-dependent selection.  For one reason, it offers an interesting challenge for understanding local adaptation. For example, changes in predation pressure from one population to another usually produce changes in numerical density as well.  This is obviously true in the guppy populations and ascertaining whether differences in predation pressure or differences in density were the driving force of selection was no easy task.  For another reason, evolution under density-dependent selection will usually minimize a population's susceptibility to the negative effects of increased density on population growth rate and thereby change population parameters like the carrying capacity and, perhaps, the stability of that population's numerical dynamics.  These changes will, in turn, affect other aspects of community and ecosystem organization.

With one foot in ecology and another in evolutionary biology, I have guided students in a diversity of research projects. My graduate students have studied topics from the community ecology of Amazonian frogs to the population genetics of gag grouper, from the development of personalities in bluefin killifish to the prenatal conflict between mothers and offspring in the least killifish.  The common element in all of these projects is an immense curiosity about nature and the determination to find answers to important questions regardless of the path to those answers.

trust who you see? The evolution of socially-cued anticipatory

detection of cryptic evolution in a wild population.  American

differences in the plasticity of life history in response to the

shapes reaction to food limitation in the Least Killifish,

Reproductive mode and conflict shape the evolution of male

attributes and rate of speciation in the fish family Poeciliidae.

2022.  Polyphenisms and polymorphisms: genetic variation in

plasticity and color variation within and among bluefin killifish