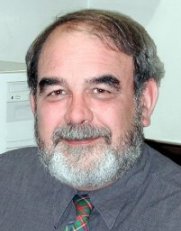 Amoeboid cell motility plays a vital role in physiological and pathological processes ranging from embryonic development and immunological defense to tumor metastasis. Research in my laboratory explores the molecular mechanism of amoeboid movement with focus on a simple, specialized system, the crawling sperm of nematodes. Not only do these unique cells lack the microtubule-based axoneme associated with the swimming movement of most sperm, but they also are devoid of actin and myosin, the proteins generally considered to be the key components of amoeboid movement.

Sperm locomotion is based on a well-ordered system of filaments composed of major sperm protein (MSP), a 14-kD polypeptide. MSP filaments pack the locomotory domain of the cell, the pseudopod, where they are arranged into 15-20 distinct meshworks that span from the leading edge to the base of the pseudopod. Although these cells have an unconventional cytoskeleton, they display all of the characteristic features (localized protrusion, membrane ruffling, cytoskeletal flow) exhibited by actin-rich amoeboid cells. Thus, nematode sperm have become a valuable complement to more conventional systems for dissecting the molecular interactions responsible for amoeboid movement.

We use techniques ranging from computer-enhanced video light microscopy to molecular biology to probe the motile machinery of sperm. One focus of our research is detailed analysis of the key protein of the system, MSP. We have purified the protein and devised methods for its assembly into filaments in vitro. Working in collaboration with colleagues at the MRC Laboratory of Molecular Biology in Cambridge, England, we have used high-resolution electron microscopy and computer image processing to examine the detailed anatomy of MSP filaments and x-ray crystallography to determine the structure of the MSP molecule. In addition, we have cloned the MSP gene and expressed functional protein in bacteria. These studies have paved the way for structure-based, site-directed mutagensis to produce assembly-defective MSP mutants that will be used to examine in detail the molecular interactions involved in filament formation.

We are also interested in how the cell controls MSP polymerization in vivo because the localized formation of filaments along the leading edge of the pseudopod appears to be the key event in locomotion. This project is proceeding along two lines. First, we have found that protein tyrosine phosphorylation is associated with filament formation along the pseudopod membrane. Research in progress is aimed at identifying the phosphoprotein and elucidating the signal-transduction events that link phosphorylation to filament polymerization. Second, we have devised an in vitro assembly system that faithfully reconstitutes the cytoskeletal events that occur at the advancing front of a motile sperm, including the nucleation of filament formation by phosphorylated membrane components and crosslinking of filaments into meshworks like those observed in vivo. This in vitro system provides us with an unparalleled opportunity to identify and characterize the components of the MSP motile apparatus, study its key regulatory mechanisms, and investigate the molecular interactions that produce the force for locomotion.