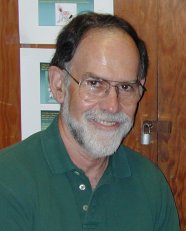 A. Prey-predator interactions of cnidarians, and the cnidae of sea anemones, corals, jellyfishes, hydrozoans and cubozoans

The various everting organelles of cnidarians, known as cnidae, comprise over 30 different types belonging to three major categories: (1) the well-known stinging nematocysts; (2) the adhesive spirocysts, found only in sea anemones, corals, and their relatives; and (3) the ptychocysts, discovered in our lab here at FSU, which are involved in the formation of the external protective tubes of certain burrowing sea anemones. Certain cubozoan nematocysts contain perhaps the most deadly venom(s) known, and are capable of killing an adult human within minutes after a sting. We have been interested in the functions and functioning of cnidae, their evolution, and the comparative ultrastructure and X-ray microanalysis of the various types. In spite of the toxic nature of many nematocysts, a number of predators on cnidarians, such as certain nudibranch snails, manage to devour them with apparent impunity. We are interested in how such predators manage to avoid being harmed by the nematocysts of their prey. In addition, we are interested in how such nudibranchs utilize the nematocysts of their prey in their own defense from predators.

B. Symbiotic associations of marine fishes and invertebrates living with cnidarians

Related to the aforementioned interest in how cnidae are involved in feeding and defense, we have long been interested in how vertebrates (the anemonefishes Amphiprion and Premnas) and invertebrates (anemoneshrimps and crabs) are able to live among the tentacles of various sea anemones without being stung or killed by their host's nematocysts. The nature of the protective mechanisms underlying such mutualistic symbioses remains little known. Recent studies in our lab at FSU, and in the field on the Great Barrier Reef of Australia and off the northeastern coast of Papua New Guinea, have demonstrated that some species of larval anemonefishes are innately protected from being stung when they initially settle into the tentacles of their host anemone from the plankton, whereas other anemonefish species may be stung and killed by the same species of anemones. Another common mutualistic symbiosis in the tropics and subtropics is that between sea anemones (e.g., Calliactis) and hydroids (Hydractinia, Podocoryne) that live on the gastropod shells inhabited by hermit crabs. We have been interested in the behavioral ecology of these associations, the nature of the anemone transfer behavior between hermit crabs as it relates to predator type and abundance, and the cost-benefit aspects for each of the partners.

C. The role of inducible defense mechanisms in cnidarian interactions

A number of inducible defense mechanism are known for cnidarians, consisting of modified tentacles and/or polyps. For example, the presence of nearby potential competitors for space in the intertidal zone, including nonclonemate or other species of sea anemones, can induce inflation of modified marginal tentacles known as acrorhagi that are capable of driving off, injuring, or killing an intruder. Other species of seaanemones and corals have modified tentacles known as catch tentacles or sweeper tentacles that function similarly in aggressive interactions, both intraspecifically and interspecifically. In addition, certain species of hydroids that live on snail shells inhabited by hermit crabs have two other types of inducible structures known asspiralzooids and tentaculozooids. Neither the types of cnidae borne by these structures nor their specific functions are known for certain, and we have been engaged in combined behavioral and ultrastructural studies directed at understanding the role of these structures.

Mariscal, R. N. 1988. X-ray microanalysis and perspectives on the role of calcium and other elements in cnidae. Pages 95-113 in The Biology of Nematocysts. D. Hessinger and H. Lenhoff, eds. Proceedings of International Symposium on Biology of Nematocysts held at the University of California, Irvine, August, 1986. Academic Press, New York.