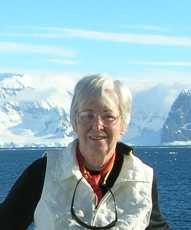 My dissertation was a descriptive study of the strikingly similar patterns of intraspecific size variation among species of common birds in the eastern and central United States (James, 1970a). That work led to transplant experiments with red-winged blackbirds in the 1980s in the United States (James, 1983) and then in Mexico, along with tests of the theoretical assumptions that underly selection models. A review article (James, 1991) summarizes my view that the parallel patterns of size variation seen among species are best explained by both genetically based and environmentally induced physiological adaptations to temperature regimes of the respective environments, but only in combination with moisture. The pattern that is repeated in many bird species is not just a latitudinal gradient.

Many of the original geographic ranges of subspecies of birds were arbitrary breaks in patterns of continuous variation across North America. Mosimann and James (1979) propose a statistical approach to the study of the allometry of geographic variation in the sizes and shapes of birds.

On the ecological side, I have studied the distributions of birds in relation to the structure of the vegetation in their habitats, approaching the subject from a perspective more Gleasonian and Grinnellian than community based (James, 1971). This theme was extended into ecomorphology and developed by my students Gerald Niemi and David Wiedenfeld. Elizabeth Martin even extended it to an experiment with mollusks. An interest in data analysis led to a collaboration with former FSU statistician Charles McCulloch (James and McCulloch, 1990) including a study of new ways to analyze data from the Breeding Bird Survey (James et al.,1996).

From 1996 to 2002, FSU ant specialist Walter Tschinkel, University of Georgia soil ecologist Paul Hendrix, and I worked with the USDA Forest Service and a cadre of students to oversee the results of a large-scale prescribed-fire experiment in the longleaf-pine flatwoods of the Apalachicola National Forest. My students Charles Hess, Eric Walters, Bart Kicklighter, and Matthew Schrader studied the responses of the endangered red-cockaded woodpeckers and the common red-bellied woodpeckers, while Tschinkel’s team studied the arboreal ants, and Hendrix’s team studied nutrients.

Since retirement from FSU in 2003, I have been able to explore two areas of research, one in systematics and the other in ecology. The first concerns the evidence for the currently widely accepted hypothesis that birds are maniraptoran theropod dinosaurs, a hypothesis that John Pourtless and I call the BMT hypothesis. Our monograph on this subject published in 2009 is rarely cited, but it is available below and online at BioOne . We conclude that the evidence supporting the BMT hypothesis is weaker than many claim. At least the core maniraptoran theropods (Dromaeosauridae, Troodontidae, and Oviraptorosauria) are more derived toward modern birds than the oldest bird, Archaeopteryx, and they probably belong within birds, not among the dinosaurs. This step would remove most of the current cladistic support for the BMT and would require major new analyses. John and I spent two days with the 10th specimen of Archaeopteryx, while it was on loan to the Houston Museum of Natural Science. That specimen has long curved claws on its feet, like a Pileated Woodpecker. How could it have run like a chicken, as portrayed in Makovicky and Zanno’s chapter in the book on Living Dinosaurs edited by Dyke and Kaiser? (James 2015). Another problem is the now widely accepted view that many dinosaurs had protofeathers. Lingham-Soliar’s recently published two volumes on the vertebrate integument document objections to much of this literature (James 2016).

My other retirement project is an extension of previous work with the red-cockaded woodpecker in the longleaf pine ecosystem. With Charles Hess, Michelle Jusino, Walter Tschinkel, and Charles McCulloch, I am trying to summarize past work and to develop models that characterize not only how we think the ecosystem functions but also how current prescribed fire and uneven-aged silviculture policies in the Apalachicola National Forest near Tallahassee could be improved.

I have served on various National Research Council Committees and the Recovery Science Review Panel of the National Marine Fisheries Service. In 1987 I was president of the American Institute of Biological Sciences, and from 1984 to 1986 I was president of the American Ornithologists Union. I have also served on the Board of Directors of both The Nature Conservancy and the World Wildlife Fund.

Field Guide to the Ground Cover
of the Apalachicola National Forest