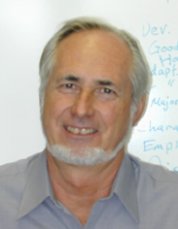 I am a marine biologist interested in ecology and behavior. Much of my research has involved underwater technology, manipulative field experiments, and mesocosms to study the Caribbean spiny lobster. Investigations of mass migrations and orientation by this widespread, heavily fished species were sponsored by the National Science Foundation. Recent research has centered on juvenile habitat requirements and recruitment in the region's primary nursery, Florida Bay, supported by the Sea Grant Program. I have mentored 24 M.S. and 16 Ph.D. recipients and also teach zoology, animal behavior, and marine biology. In 1984 I codeveloped an award-winning, hands-on program in marine science for middle school students in which I continue to serve as chief instructor. I have received awards for both environmental education and undergraduate teaching.

I am particularly interested in the behavioral ecology of marine crustaceans and motile mollusks, with special interest in migration, orientation, ontogenetic aspects, predator-prey interactions resource ecology, and social behavior. Although most of my work has focused on the spiny lobster, many of my graduate students have used analogous approaches to study a wide array of species in a variety of habitats, including blue crabs, stone crabs, Limulus, hermit crabs, littorinid snails, and octopus. The advance in conceptual knowledge gained from comparing how animals in differing environments accomplish analogous tasks is exemplified in my chapter in The Biology of Crustacea, Vol. 7 (1983, Academic Press). The local Gulf Coast marine environment is both rich and accessible and virtually unpolluted. We have a fine marine laboratory only one hour's drive from campus.

My present research has two aims: (1) to elucidate the processes regulating population dynamics of juvenile spiny lobsters and (2) to formulate and test hypotheses explaining the evolution and function of the highly cohesive social aggregations exhibited by this taxon. The Caribbean spiny lobster, Panulirus argus, is enormously important economically and ecologically throughout the tropical western Atlantic Ocean. The specializations of this species have been both surprising and intriguing. The research mainly uses experimental ecological methods in both field and large-scale, semifield situations, as well as ethological studies in lab and field. Our field work is done at the Keys Marine Laboratory in south Florida during summer.