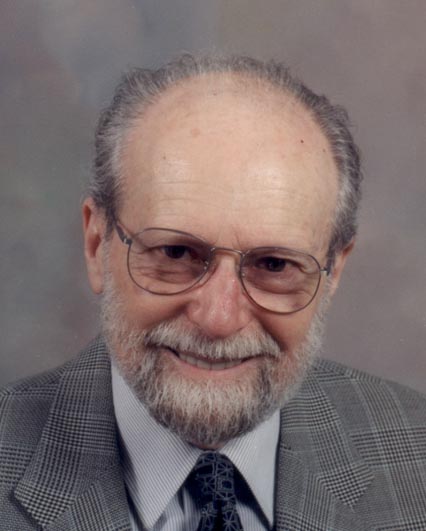 Microbial ecology of absolute extreme environments, astrobiology, experimental and molecular taxonomy of cyanobacteria (blue-green algae). Many of these studies were carried out in collaboration with the late Dr. Roseli O. Friedmann.

Dr. Friedmann's research approach was based on the integration of field work and laboratory investigations. He conducted active field programsin polar (Arctic and Antarctic) deserts, in the Negev desert (Israel), Gobi (Mongolia), and the Atacama desert (Chile). The practical organization of field work was made possible through the Polar Desert Research Center. The Culture Collection of Microorganisms from Extreme Environments (CCMEE) maintains living cultures for research purposes. The CCMEE was located at Florida State University until Dr. Friedmann's retirement. It is now maintained at the University of Oregon (see http://cultures.uoregon.edu/default.htm). Laboratory work included ecophysiological measurements, diverse microbiological techniques, scanning and transmission electron microscopy, light microscopy, and other methods.

Antarctic and Arctic deserts. The Ross desert (McMurdo Dry Valleys) of Antarctica is an approximately 5000-km2 ice-free area of high mountains and deep valleys. Temperatures are almost always below the freezing point, and low temperature is the most important ecological limiting factor. In the mountains, the rock surfaces are almost lifeless, but rich communities of microorganisms exist under the surface, colonizing the air spaces inside porous sandstone rocks. Dr. Friedmann studied this peculiar ecosystem for over 20 years. Many microbial inhabitants (algae, fungi, cyanobacteria, heterotrophic bacteria) of the Ross Desert were isolated in culture for use in experimental laboratory studies. The cultures are available from the CCMEE. The nanoclimate (the climate in the millimeter range, the environment of microorganisms) was continuously monitored for six years by automated satellite-mediated weather stations. One central goal in these studies was to measure the environmental parameters that limit life in the Antarctic desert. In the geological past, climate fluctuations resulted in extinctions, and fossilized communities bear witness of past periods of cooling in the general climate. Similar studies were also conducted on Ellesmere Island (Canada), an Arctic equivalent of the Antarctic Ross Desert.

Negev desert (Israel) and Gobi desert (Mongolia). Dr. Friedmann studied these two extremely arid deserts on a comparative basis, as the environmental limiting factor, lack of water, is similar in the two, whereas other climatic factors are very different.

Microorganisms, mostly drought-tolerant cyanobacteria, live either inside rocks (in the Negev) or under stones of the so-called desert pavement, small stones covering the desert floor (Gobi and Negev). They survive there because of their ability to tolerate long periods of desiccation.

Atacama desert (Chile). One of the most interesting deserts on Earth, the Atacama is so dry that in some parts no rain has ever been recorded. Dr. Friedmann's studies were intended to find out whether totally lifeless "absolute deserts" exist in such places. If so, these places constitute an absolute limit for life on Earth. A special feature of the Atacama is the presence of "fog oases," localized areas where fog accumulates even though there is no rain, and where succulent higher plants and specialized microorganisms use atmospheric humidity as their sole water source. The cytological mechanism by which this use is achieved is unclear, and Dr. Friedmann's research efforts were centered on the solution of this problem.

Research on cyanobacteria. The molecular taxonomy and ecophysiology of cyanobacteria living in absolute extreme environments were studied.

Friedmann, E. I., L. Kappen, M. A. Meyer, and J. A. Nienow. 1993. Long-term productivity in the cryptoendolithic microbial community of the Ross Desert, Antarctica. Microbial Ecology 25:51-69.

Friedmann, E. I., and R. Ocampo-Friedmann. 1995. A primitive cyanobacterium as pioneer microorganism for terraforming Mars. Advances in Space Research 15(3):243-246.