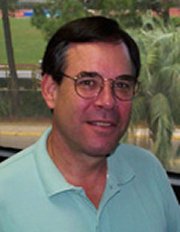 Personal Home Page
This page opens in a new window. Close the window to return here.

We study the way an important area of the brain, the hypothalamus, regulates the secretion of hormones from the pituitary gland that are involved in reproductive processes.

Using approaches such as culture of pituitary cells, radioimmunoassay for measuring prolactin, immunocytochemistry for visualizing dopamine nerve cells and their gene activity and high performance liquid chromatography along with electrochemical detection for measuring changes in dopamine in the brain we are pursuing the following problems:

Pursuit of these problems has invariably led to many new, unanticipated, exciting questions that assume a place on our laboratory menu.

Freeman, M. E., D. T. McKee, M. Egli, and R. Bertram (2008) Biological and mathematical modeling approaches to defining the role of oxytocin and dopamine in the control of mating-induced PRL secretion. Neurobiology of the Parental Brain 235-247.

: External sites will open in a new browser window.